This afternoon I listened to Keeping it 1600 from The Ringer.  It’s hosted by a group of guys who worked in the Obama White House and on the 2008 campaign.

They reminded listeners that talking isn’t action, changing your Facebook profile picture isn’t action, action is action.  If you’re scared of what the next presidential term has to offer go out and volunteer your time and give money to the organizations that support your beliefs.

Worried about refugees?  Find a local refugee support organization and give them your time.
Worried about Women’s health issues?  Write a check to Planned Parenthood.
Worried about privacy and voting rights?  Support the EFF and ACLU.

It’s time for all of us to find our own ways to make the world a better place.  Go find yours.

On our post tax season vacation we had the opportunity to see Yo-Yo Ma in concert along with Pianist Kathryn Stott, Guitar duo Odair and Sergio Assad and Percussionist Joseph Gramley at the new Smith Center for Performing Arts in Las Vegas.  It was unbelievable.

The venue is wonderful, it’s a 2000 seat theater done up in a serious art deco design that they nailed.  If everything didn’t look spotless and new, you’d assume the building had been there since the ’20s.

On to the pictures 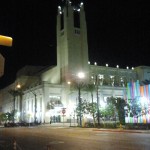 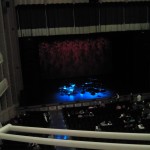 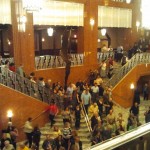 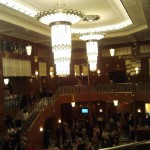 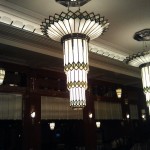 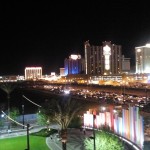 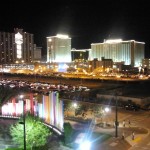 As part of our annual trip to Minnesota we stopped in Theodore Roosevelt National Park for the 2nd year in a row.  It’s a great park in Medora, North Dakota.  Way underused so it’s possible to take one of the easy marked trails and still never see another person anywhere near by.  To top that, it’s so underused that you can actually just go wherever you want without having to stick to the established trails unlike in most parks.  This comes in handy when you want to walk through the prarie dog towns.  As much fun as that is, that’s not what this post is actually about.

We spent 2 nights in the park at the Cottonwood Campground in the South Unit (there’s actually 2 sections of the park that are completely separated).  At 6 AM Saturday morning I hear an odd sound and wake up.  It’s chewing within feet of my head.  I know the park has wild horses and Bison and the horses have been hanging around the campground.  I poke Amber awake and whisper “horses?”.  I get the headshake.

An agonizing 5-10 minutes later it sounds safe so we poke our heads out and find that the Bison had moved across the road and we could safely get out of the tent.  We ran into another camper who was watching them who unfortunately didn’t have a camera with him but he said he was actually worried about one of the Bison walking straight through our tent.

As we are standing around, we see a couple more groups of Bison come into the campground area, none of them walking directly through our campsite but pretty darn close.   There was a water spigot 20 feet from where we were parked, one of the Bison thought it was pretty interesting to play with. 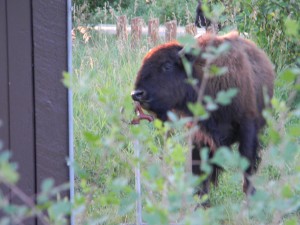 Until it scared him away when it turned on. 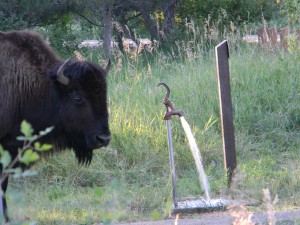 After the Bison decided to move on to another area, Amber turned the water off. 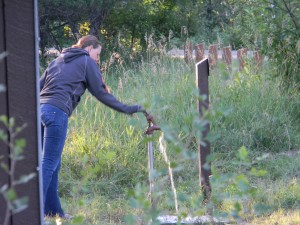 Oh did I mention that the Bison are coming into mating season so the males are starting to doing the whole rolling around in the dust to impress the girls? 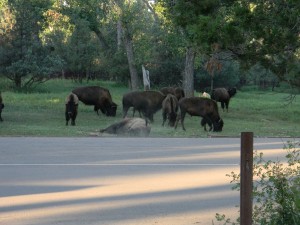 It took us 2.5 hours to break camp that morning, but it turns out we had some distractions.

As promised, the first of the series of posts on our Summer vacation trip.

On the first night of our travels we stopped in the Bridger-Teton National Forest near Jackson, WY and camped in a forest service campground called “Granite Creek Hot Springs”. 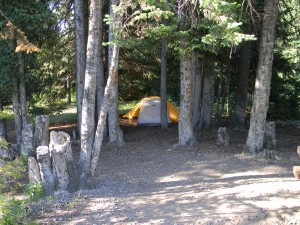 The best part of the this location was the natural hot springs in the area which the Civilian Conservation Corps improved upon in the 30’s.  They built a naturally filling swimming pool 10 miles into the woods. 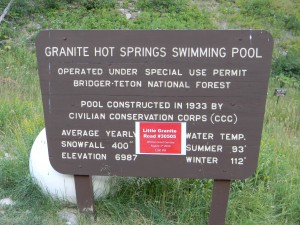 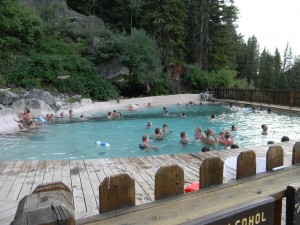 At the end of the day they empty out the pool for cleaning and let it naturally fill overnight but against all logic they let people sit in the river below the pool during the draining process. 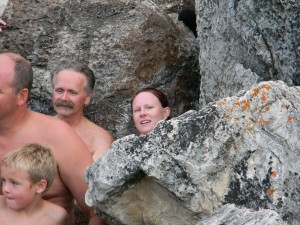 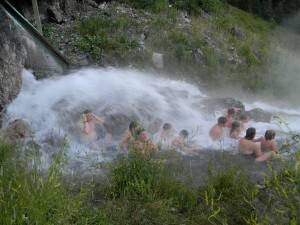 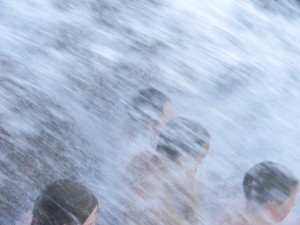 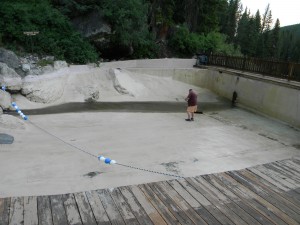 This is certainly one of those places we will be going back to as it’s only a 4 1/2 hour drive from home, we could easily leave the office at noon on a Friday and be to the campsite by dinner with plenty of time to play in the hot spring pool.

Amber and I just returned from our annual trip to Minnesota for the Bayfront Blues Festival.  Instead of our usual flying we actually made the drive this time in the scenic fashion, meaning instead of taking I-80 across to I-35 we got to see some of the country’s great national parks, forests and monuments.  I’m hoping I can get myself to write up a bunch of posts about the various places we stopped when I’m home and have access to all of the pictures from our adventure but here are the highlights. 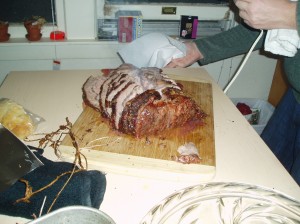 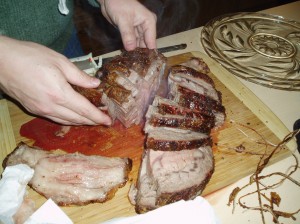 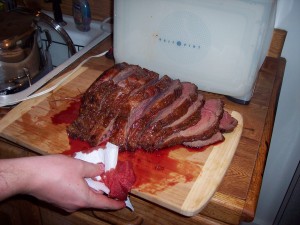 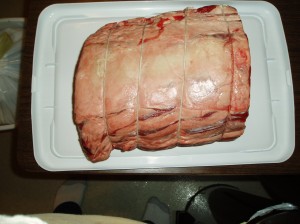 Recently finished:
Soon I Will Be Invincible by Austin Grossman
Anathem by Neal Stephenson
The Ice Man: Confessions of a Mafia Contract Killer by Philip Carlo

Up next:
Collapse: How Societies Choose to Fail or Succeed by Jared Diamond