Let’s be honest with ourselves shopping for flights sucks. It may even suck and blow at the same time but that’s beyond me, I’m no physicist. There was a New York Times article that’s making the rounds on the internet pointing to a new airline fare tracking site at http://www.farecast.com/. Instead of just telling you what the fares are at this moment they are looking at past rates, looking at trends and tries to predict what rates will do in the near future. Another awesome feature is they will allow you to put in a date and it will check for the best price within 30 days of that date to allow people to say “I want to go to D.C. sometime this summer for a week, when will it be cheap to fly?”

Currently they’re only supporting flights out of Boston and Seattle but hopefully they’ll roll out service in SLC soon.

Amber and I took a hike on Sunday in Big Cottonwood Canyon. We started at Brighton Ski Resort and went to Lake Solitude over at Solitude Ski Resort. Here’s the KMZ file for Google Earth if you’re interested in seeing where we went.

Below are some pictures from around Lake Solitude and yes that’s snow you see on July 2. 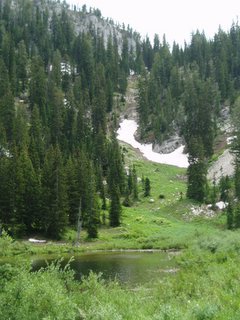 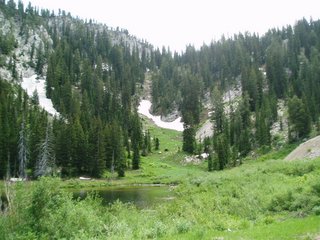 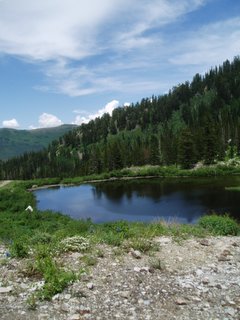 Each of the images are linked to the full size image.